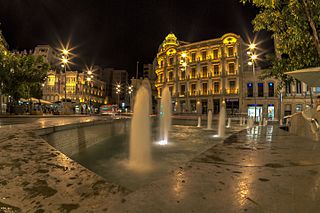 Almería is a sunny, lovely city on the Southeast coast of Spain. On the shores of the Mediterranean sea, the city was founded in 955 by Abd-ar-Rahman III, who ordered the construction of the famous Alcazaba (the Citadel), one of the largest moorish castles in Europe. The modern city has grown over the hills that surround the Alcazaba, staying true to its visual and architectural tradition.

Almería is also the administrative capital of the homonymous province and part of the Autonomous Community of Andalusia. The region is famous for its prolific production of vegetables, having over 100,000 acres of greenhouses in the Poniente province. Almería also hosts scientific research facilities like the Calar Alto Astronomy Observatory, the Almería Solar Platform and the Experimental Station of Arid Zones.

The city has about 195,000 inhabitants who are welcoming to visitors and always happy to enjoy the city's excellent weather with a vibrant day and night life. Some famous Almerians are Nicolás Salmerón y Alonso, the third president of the first Spanish Republic; as Antonio de Torres, considered the father of the modern Spanish guitar; Fidela Campiña, a versatile opera singer; Carmen Pinteño, one of the best Almerian painters; more recently, José Fernández Torres “Tomatito”, one of the best flamenco guitarists in the world; and David Bisbal, the famous pop singer.

Almería is also famous for its popularity with the filmmaking industry. A good number of world famous films have been shot in the incomparable and varied landscapes and towns of the province. Since the sixties, Almería has attracted an enormous amount of films, commercial video and videoclips. Recent films like Exodus and TV series like Game of Thrones or Penny Dreadful have filmed here. 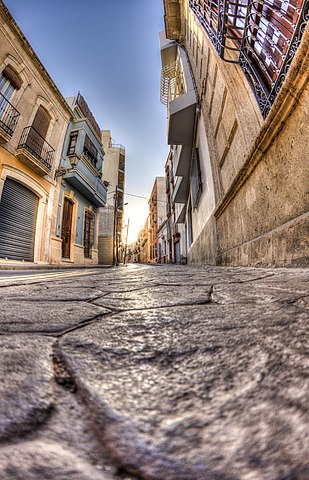 Aldous Huxley visited Almería in 1929. He was so taken by Almería that he wrote a sonnet about it:

Winds have no moving emblems here, bud scour
A vacant darkness, un untempered ligth;
No branches bend, never a tortured flower
Shudders, root-weary, on the verge of fligth;
Winged future, withered past, no seeds nor leaves
Attest those swift invisible feet: they run
Free through a naked land, whose breast recived
All the fierce ardour of a naked sun.

You have the Ligth for lover. Fortunate Earth!
Conceive the fruit of his divine desire.
But the dry dust is all she brings to birth,
That child of clay by even celestial fire.
Then come, soft rain and tender clouds, abate
This shining love that has the force of hate.

Visiting Almería is a great opportunity to enjoy some tourism with different landscapes and weathers, all less than 100 km away from the city.

And if you believe being at the South of Spain can be very hot... well, maybe it is, but probably not as much you expect. Other cities in Andalucía, far from the sea, can be really hot in summer with 40 ºC or more and hot enough. But being at the seaside our temperatures are always smoothed by the Mediterranean sea. Its weather is similar to places like Málaga, Barcelona, Alicante or Mallorca, which receive millions of tourists each year.

Give yourself an opportunity to fall in love with Almería!